GTA V was released on September 17, 2013, and since then, the game has been breaking records left and right. The game has sold over 32 million copies and has earned over $1 billion. GTA V is one of the most popular games ever made and it is known for its beautiful graphics. The game's world is incredibly detailed and realistic, and with the addition of GTA V Mods. The game's graphics are so good that they're often compared to real life. Here are seven of the most beautiful GTA V screenshots.

The picture shows a plane flying towards a range of mountains in the distance as the sun sets. The plane is captured in mid-flight, with its wings level and its engines roaring. The mountains are shrouded in the warm, golden glow of the setting sun, giving them a beautiful and serene appearance. The sky is a mixture of oranges and reds, with a few clouds scattered across it. The overall effect is one of beauty and serenity.

The picture shows a city with skyscrapers at sunset. The city is eerily quiet, with no cars or people visible on the streets. The skyscrapers are tall and imposing, reaching up into the sky. The sun is setting behind the city, casting a warm, golden glow over the buildings. The overall effect is one of eerie beauty and urban desolation. 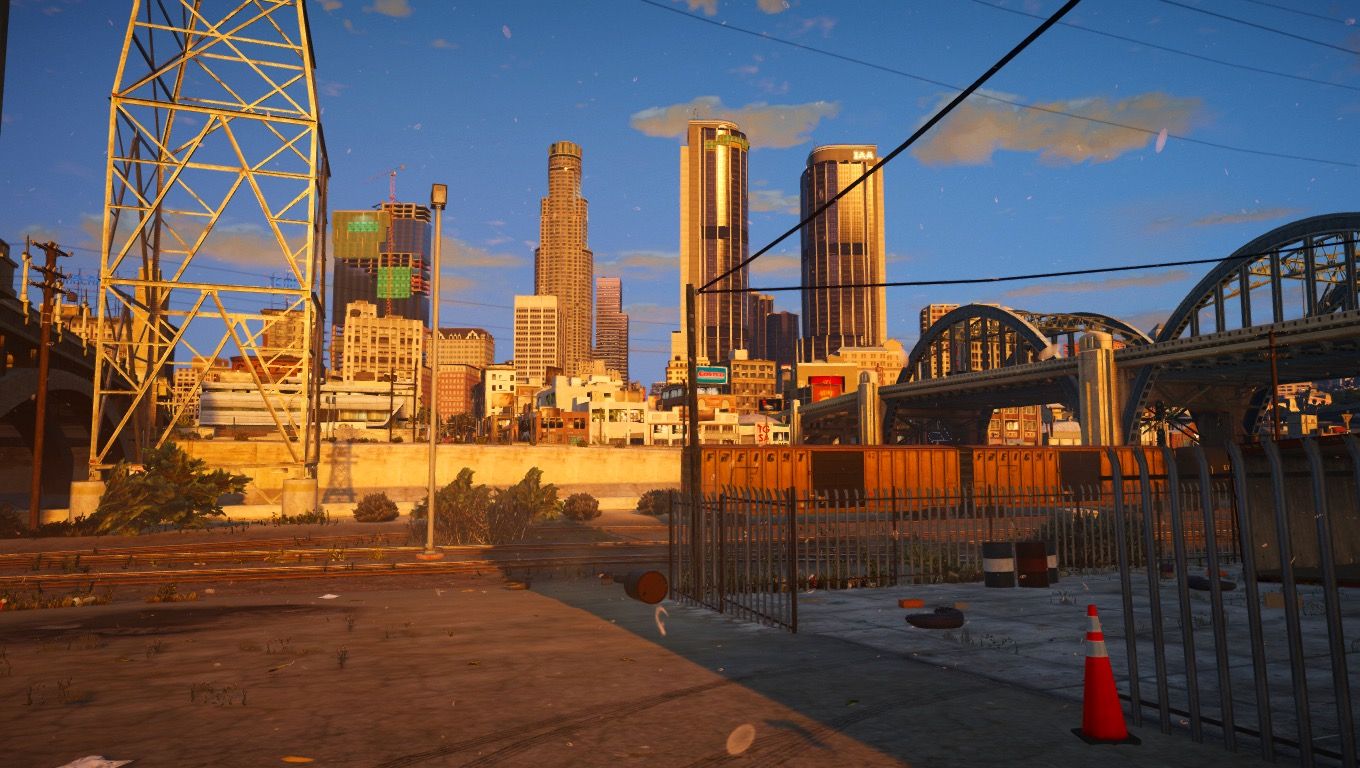 The picture shows a sunset at Mount Chiliad. The mountain is towering and majestic, with a rocky peak and a bare, rugged surface. The sun is setting behind the mountain, casting a warm, golden glow over the landscape. The sky is a mixture of oranges and reds, with a few clouds scattered across it. The overall effect is one of beauty and serenity. 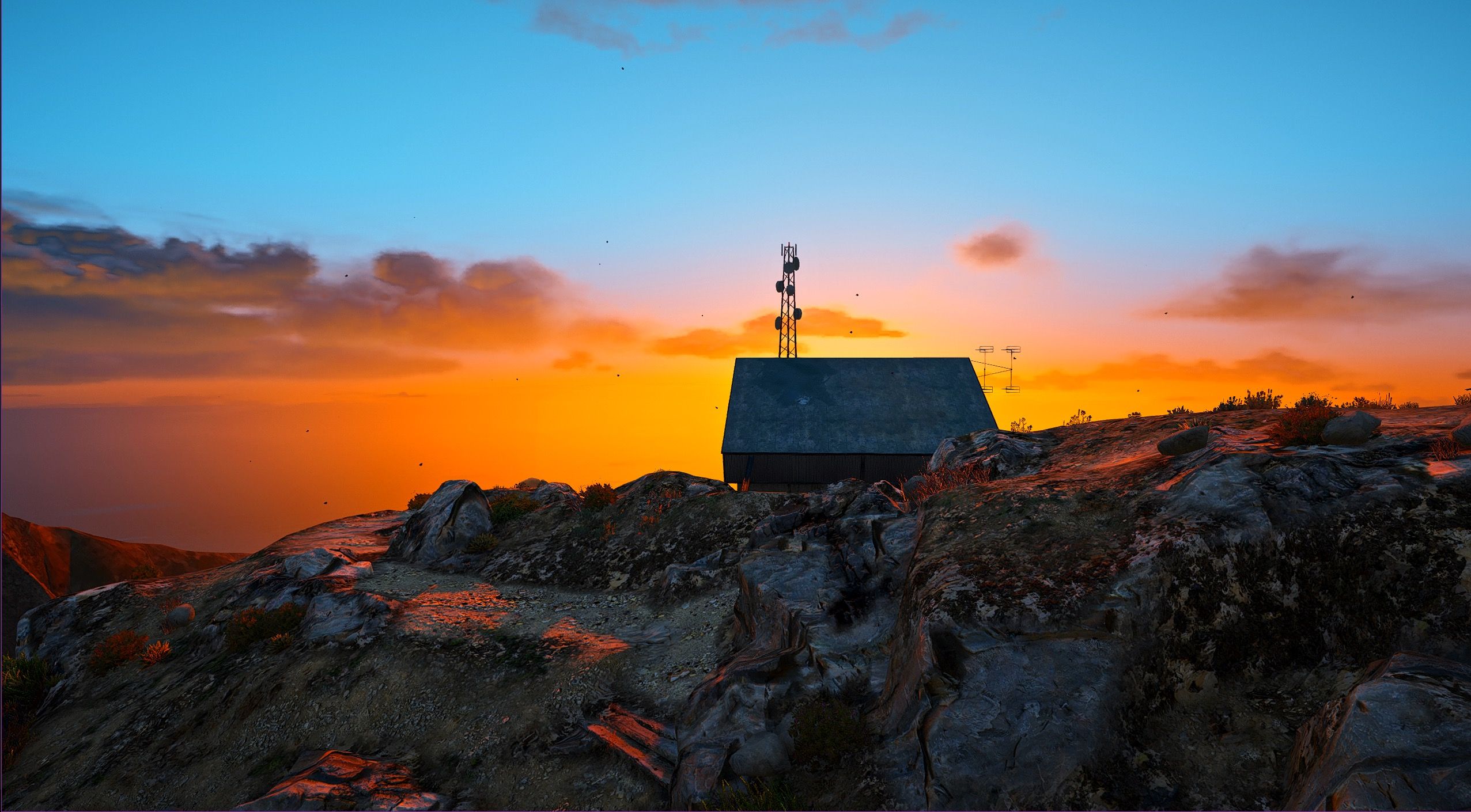 The picture shows a train bridge crossing a river with a waterfall underneath it. The bridge is long and sturdy, with strong steel beams supporting it. The river is rushing and turbulent, with a powerful waterfall cascading over the rocks. The sky is blue, with a few clouds scattered across it. The overall effect is one of beauty and strength. 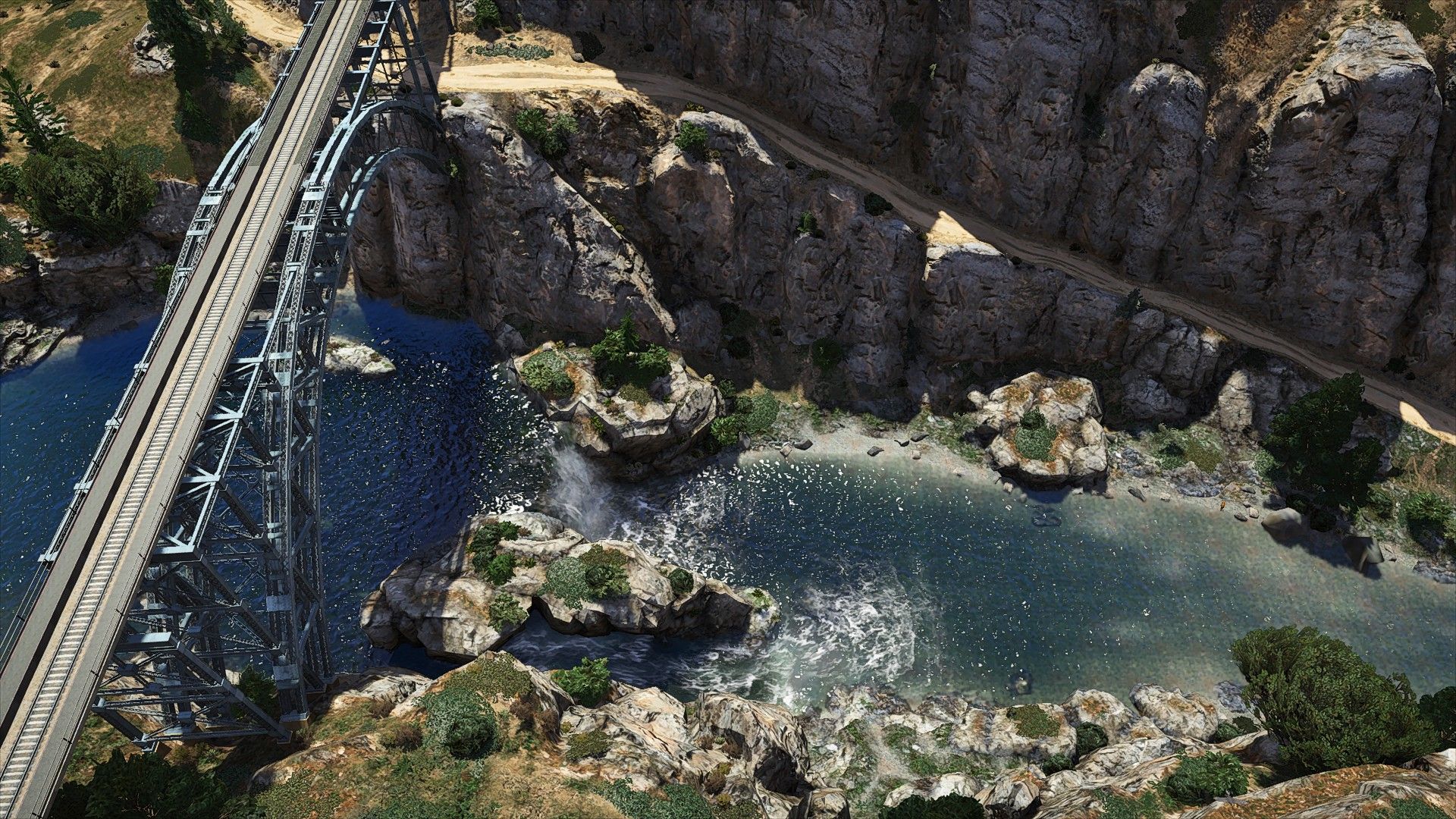 The picture shows a set of tram tracks running through an urban environment. The tracks are made of shiny steel and are embedded into the pavement. The sky is overcast, with a few clouds hanging low in the sky. The overall effect is one of urban vibrancy and modernity. 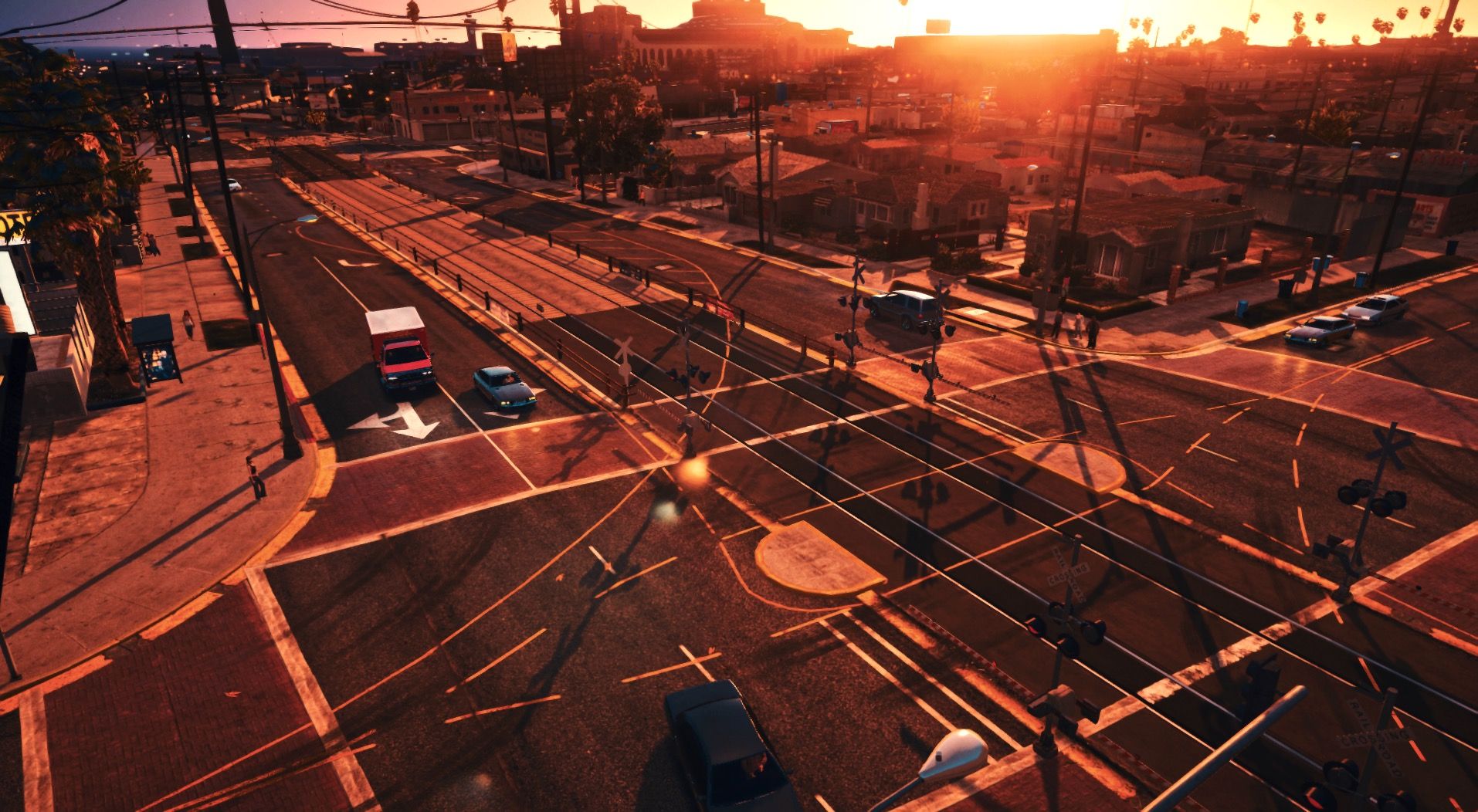 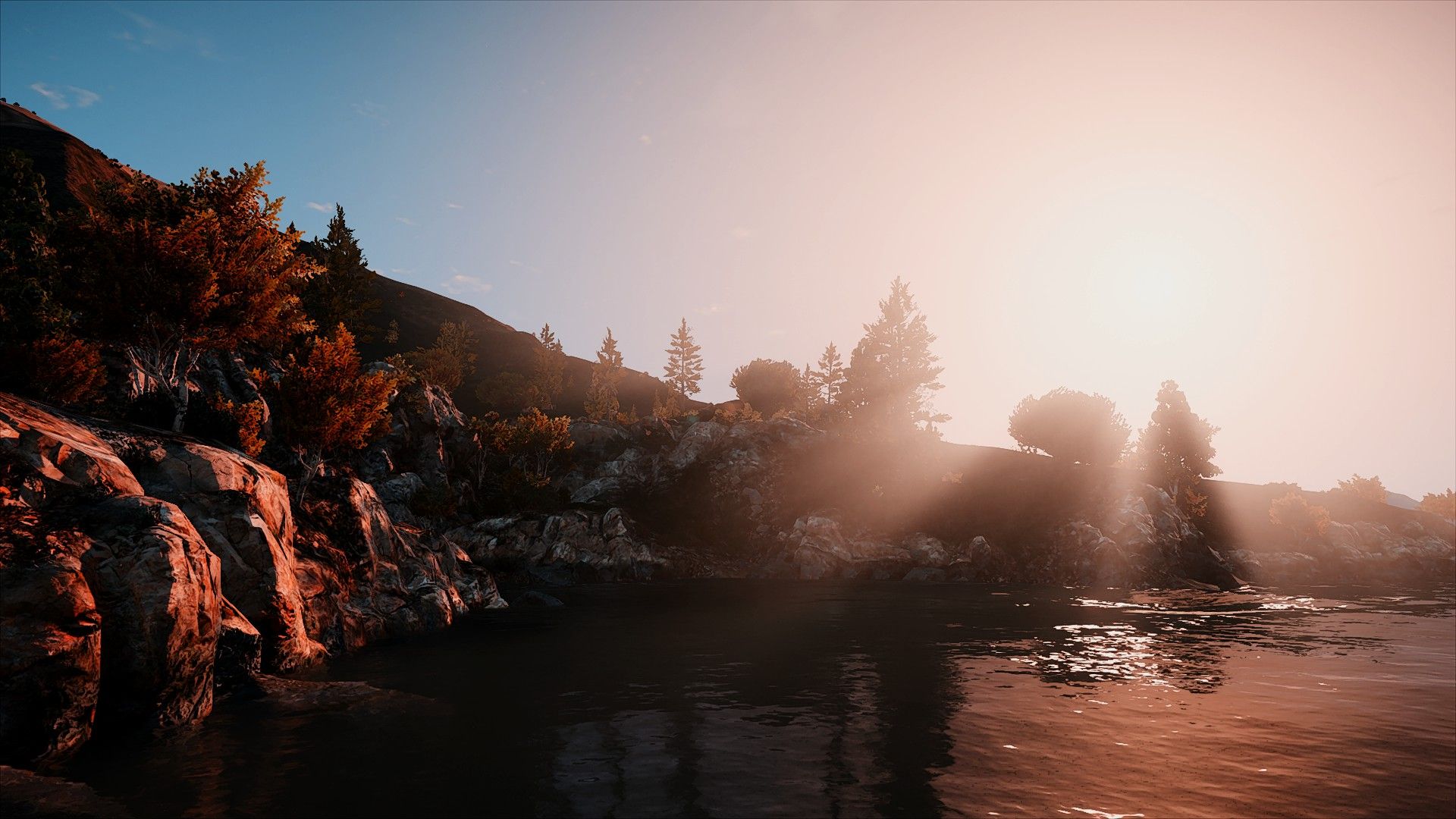